Dancho Lazarov was re-elected as President of the Bulgarian Volleyball Federation. 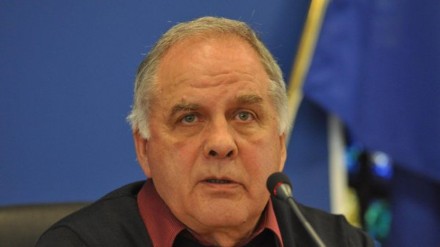 On the special general meeting held in Plovdiv, Bulgarian VF announced the new mandate of Lazarov until December 31, 2018.

The other main candidate, vice-president of the Federation Lyubomir Ganev, withdrew his candidacy. So, Lazarov remained the only contender for the position.

Volleyball legend Ganev explained that he withdrew his candidacy for the president of the Bulgarian VF because he thought that it was not the right time for a reshuffle in the Federation’s top.

He added that the change of a President at this point could disturb good form of the men’s national team and its participation at the European Championship, in October.

it is Dancho Lazarov.

Is there anybody who can do anything to change this man? Does anybody know how many years he is the president of Bulgarian Federation?