A surprising start of Toray Arrows Ōtsu and their unbeaten streak at the start of the Japanese V-League has been interrupted! 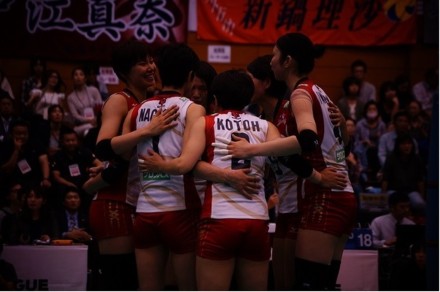 Hisamitsu’s Miyu Nagaoka with 23 points and Yuki Ishii with 22 outplayed Saori Sakoda, who scored 24 points and Saki Minemura who had 14 on the other side.

Reigning champions NEC Red Rockets Kawasaki have finally found their play from the last season as they scored second win in a row and now have 2-3 score.

Hisae Watanabe scored 25 in Hitachi, American Lauren Paolini added 23. On the other side, American Kelly Murphy noted 28, Erika Araki had 27.