One individual incident cast a shadow on the 2015 FIVB Club World Championship in Betim, Brazil. A player from Iranian Paykan Tehran, Reza Safaei, was expelled from the tournament! 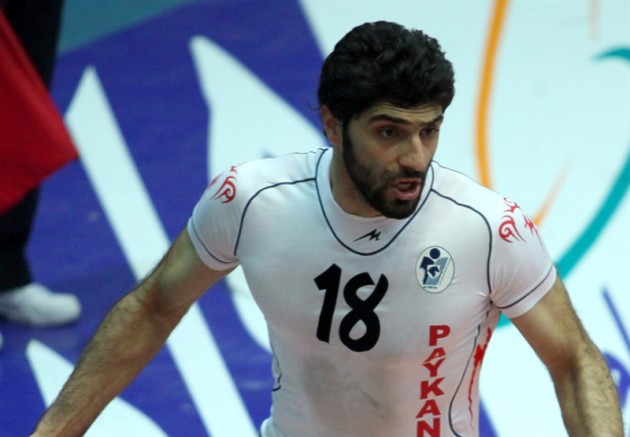 According to sources close to the organizers, Safaei sexually harassed one of the waitresses in „Hotel Mercure“, located in the center of Belo Horizonte, where the tournament particiapants were settled.

The elevator cameras clearly filmed the abuse and the player was removed from the championship and has not been part of his team that beat UPCN San Juan Vóley in the pool stage.

He say that it is a big lie and want to put the video on web. please put if you are right.

Dirty Reza , shame on you

Iranians pretend to be the most moral men in the world but actually they act the worst ones.

You’re probably an arab, yes? Here is not for racial arguments. If you were a moral man, you wouldn’t talk about Iranian here! So keep calm

I am an Iranian and I am really sorry for this happen.But we should understand that one person can not represent the performance of a country.

It may be just a rumour! Don’t believe

If this news is true,shame on you.
Damn you

( if correct ) shame on you

It’s a huge indictment.. release the video.. if this is true!!!

he says; reza safaei was going to see team’s doctor and wanted to use some elevator in hotel which he wasn’t allowed to use. hotel servant tried to stop himو he got angry and pushed her Wheelbarrow. although hotel management got regret of their protest, FIVB banned him and paykan management sent him back to Iran.

so there was no ‘sexual matter’ here!!!
if that ‘source’ is telling the truth, he must show the video. otherwise, shame on him and on you ‘WoF’ which are making bad reputation of a player. show the video and if you were right, i apologize. otherwise you have to officially apologize him and paykan team.

this is a big lie

Do you see really? so don’t justify.

This isn’t true.this news is a lie.paykan management denied and fivb doesn’t confirm this news

You should officially apologize him and paykan team because of your incorrect news.

He is a person. His ugly behavior does not relate to the Iranian people

This is only jock about a good guy as a paykan player.
So sorry for everybody how bleave lies.
Professional planing for crashing PAYKAN management.
Totally they were good.

this is not true.
there was no ‘sexual matter’ here.
and you should not judge about iran and iranian peoples for a uncertain news.

Every man is responsible for his own action….we are not god…..so plz stop judging about people.

this is islam it’s better to use violence than words. Fivb should ban all Iran for all what they’ve done before with their women [….]now is very very good. i wish fivb would be punched by iranians next time in those stupid naive heads and happen real tragedy

you are wrong . rethink and redo

It was not at all sexual harassment Arrow player was going to go to the doctor and wanted the elevator in the hotel which was not allowed to use it, use it. Hotel maid tried to stop him, he became angry and wheels before serving food at the hotel he said. Why are you telling lies

The Iranians are good people.

You can find a person like him in every country but unfortunately it’s more usuall in IRAN!any wayI believe that it’s a big LIE!because he’s a famous player & no body dont want to lose his or her prestige!right?

Sex scandal???????!!!!!!!!!
Its unlikely that a professional player do such thing in such an important tournament. I can’t believe it.
Release the video please to prove your claim.

please insert video of this …

please don’t speak on spite.you maybe don’t know anything about iran & islam or are an intelorant iranian.

i think this news isn t true . if its true please show it .

If it is true replace the video, then all will condemn him for doing so.
He belongs to a tribe called Lor.This tribe is in high preventing of accompanying these actions.
I DO NOT believe.

I don’t believe this if it’s true then where is the video? furthermore in Brazil you pick up a girl easily does not have to do it in the hotel in front of cameras and people.

People are crazy. The police don’t put in internet video from investigation (and hotel don’t do this too). It’s not typical (and can’t be realeased) video of (potential) crime. Only the people envolved can acess this.

Sex scandal or not, something bad happened.

shame on you, whole IRAN shamed for you.

@Leiga so why FIVB has not reacted ? a professional player must be stupid to do such thing in public in an international tournament furthermore the source of this news is also not reliable . no reaction also from the host , even the hotel and even if police has a video proving such a crime they would have arrested the player

i think if it’s true it’s not Iranian player’s fault because until the girl don’t do something the boy never bother her.

Hi there, I know him, He is so polite that nobody believes these lies.

Its not true plz dont believe

shame on you reza
you are not iranian…