Japan defeated Dominican Republic in straight sets (25-20, 25-19, 25-23) to improve their win-loss record to 2-1 in Pool A of the women’s volleyball Olympic tournament on Wednesday. 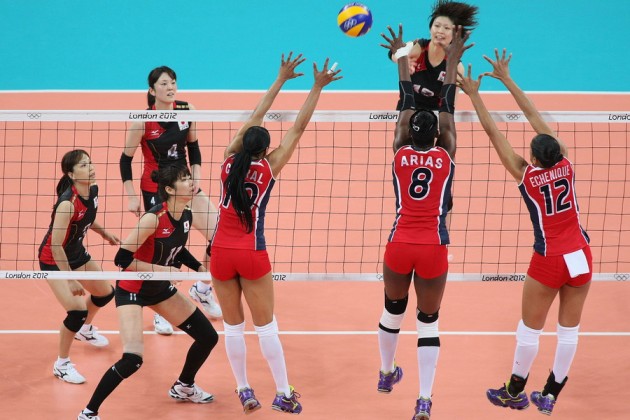 The Japanese utilized their traditional fast pace and game variety to inflict Dominican Republic their third loss in as many outings. The defeated side made 22 unforced errors compared to 11 by the winners.

Yukiko Ebata and Saori Kimura topped the score charts of Japan with 14 and 13 points respectively while Ai Otomo and Mai Yamaguchi contributed 9 and 8 in the balanced offence of the Asian side. Dominican Republic’s Prisilla Rivera and Bethania De La Cruz finished with 16 and 15 respectively.

As expected from two teams with great defensive and digging ability, the first set was close. Prisilla Rivera stood out with some good spikes for the Dominican Republic, while Saori Kimura and Yukiko Ebata grabbed points back for Japan, who established a narrow lead. The consistent Bethania De La Cruz hit back, but with Kimura mixing power and trickery to great effect, Japan took the set 25-20.

The second set was closer, with scores leveling on 9-9. Milagros Cabral and Ai Otomo started to contribute valuable spikes, but the difference between the two sides was the number of errors. Dominican Republic made more than twice as many, and Japan pulled ahead. They took the set 25-19.

The third game was a replica of the first two. Setter Yoshie Takeshita, brilliant for Japan throughout, put the ball in great positions for Otomo, Ebata and Kimura to kill. Dominican Republic fought back to 16-16, with libero Brenda Castillo keeping them in it thanks to her digging, but again errors were the difference, with Japan making fewer. They won the set 25-23 to take the match.

Dominican Republic, who have lost three from three, face Great Britain in the fourth round of preliminary matches on Friday, 3 August. Japan, who have two wins and a loss, meet Russia.

Jaqueline and Murilo revealed pregnancy – “It...