The NORCECA U-18 Girl’s Continental Championship was officially presented to the media on Friday. 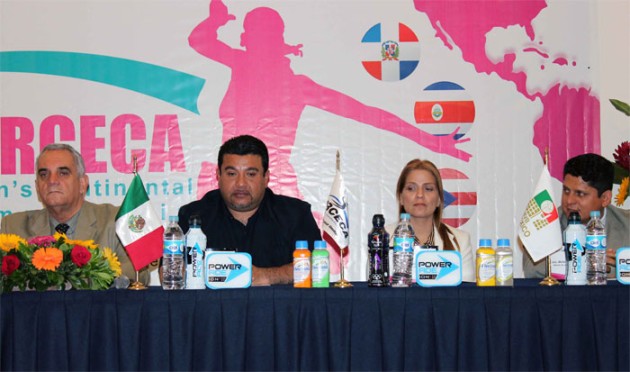 Along with the Press and Local Organising Committee members as well as some special guests, the teams of Dominican Republic, Mexico and the United States attended the press conference held at the Fiesta Inn Hotel.

The tournament will be played from August 6-11 at the Baja California High Performance Center, and is a qualifying event that offers tickets to the top first three finishers to the 2013 FIVB Girl’s Youth World Championship in Thailand.

A total of seven teams will play in two pools. Pool A will be composed by four teams: Costa Rica, Guatemala, Mexico and the United States, and Pool B, with Dominican Republic, Puerto Rico and Trinidad and Tobago.

The arrival of the control Committee is expected on August 4, while the Preliminary Inquiry is scheduled for August 5 as well as the Practical Clinic and Technical Meeting.

There will be an opening ceremony on Monday August 6 at 6:00 PM (local time) before the match between Mexico and Guatemala of Pool A. Previously, at 5:00 PM, Puerto Rico and Trinidad and Tobago will play as part of Pool B, while the first match is scheduled at 3:00 PM between USA and Costa Rica, both in Pool A.

HILARIOUS: Libero hit himself in the head...