Brazilian Volleyball great Giovane Gavio was given the honour of being the first Brazilian to run with the Olympic Torch as part of the Rio de Janeiro 2016 Olympic Games Torch Relay. 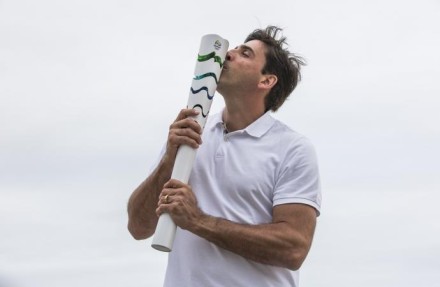 The Torch Relay began in Olympia with the lighting of the flame ceremony where Greek gymnast Eleftherios Petrounias lit the torch before handing it to Giovane.

Giovane’s run will start the flame on its journey, which features 450 torch bearers carrying it over 2,200 kilometres in Greece. From there the flame will travel to the headquarters of the International Olympic Committee in Lausanne.

It will arrive in Brazil on May 3 and from the national capital Brasilia will visit 328 towns and cities in Brazil ahead of its arrival in Rio and eventual lighting at the Rio de Janeiro Olympic Stadium having featured 12,000 torch bearers.

“It will be very exciting to be a torch bearer in Greece as it is sacred ground for the Olympic Games,” Giovane said ahead of carrying the torch.

Giovane won gold at the Barcelona 1992 and Athens 2004 Olympic Games and he was one of the torch bearers for Athens 2004 when he carried the torch through Rio.

Fe Garay: “There’s no friendship on the...