Costa Rica beat Antigua & Barbuda by 3-0 (25-9, 25-9, 25-7) in the first match of Pool of the NORCECA Women’s Junior Continental Championship at “Polideportivo España” on Tuesday. 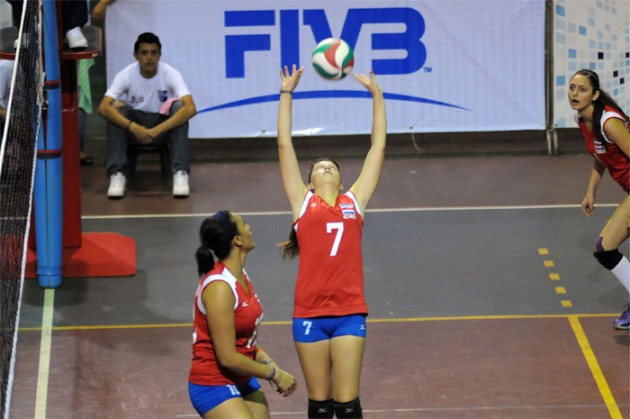 Costa Rica’s Angie Montero was the best scorer with 14 points. The winners had a 4-0 advantage in blocks while Antigua registered 32 errors.

“I want to welcome Antigua & Barbuda to the championship, always the beginning is difficult, we were there once too”, gracefully said Angie Montero, captain of Costa Rica. “We were a bit nervous but as the match moved on we gained confidence and we hope to improve as face stronger opponents.”

Shawn-Marie Dinard captain for Antigua & Barbuda expressed: “I know we can do better but we were very nervous and we didn’t know what to expect; we have prepared well and you’ll be seeing a much better team for the next match”.

Head Coach for Costa Rica, Andres Carvajal agreed with Angie that the team was anxious to play and they made mistakes. “Costa Rica is prepared to face stronger opponents, this team is a combination of players who just came from the U-18 championship and some older ones”.

“I still have a headache”, were the words of Rosely Lewis of Antigua & Barbuda. “This isn’t the team I prepared, they are definitely nervous. Some of the players are 14 years old and they are intimidated as they have seen very tall players.”