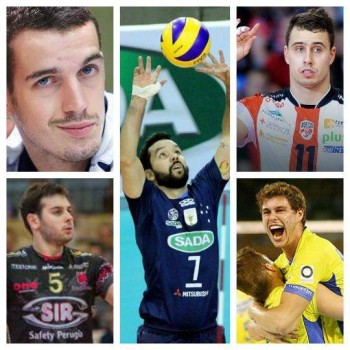 Five world-class setters. Still, there is a place for only one of them in the WoV Dream team 2016. And it is up to you to decide which one will enter the ideal team of the season.

Bruno Rezende has had a brilliant season in Italy. He has won a treble (Italian Championship, Italian Cup and Italian SuperCup) with Modena.

Benjamin Toniutti led Zaksa toward the first championship title in Poland after 13 years, while the Frenchman also had a fantastic 2015/16 journey with the national team, as he won the gold medal in the World League and at the European Championship.

Fabian Drzyzga has been one of the key players of Asseco Resovia in this season. His team finished at the 2nd place in PlusLiga and at the 4th place in CEV Champions League.

Luciano De Cecco is the owner of some of the most spectacular volleyball plays in the 2015/16 season. He helped Sir Safety Perugia to reach the Serie A1 Finals.

ITA W: OFFICIAL – Piacenza and Modena merge into one club!