ITA W: OFFICIAL – Piacenza and Modena merge into one club!

The new club will be called Liu Jo Nordmeccanica Modena, which means that Piacenza will stay without women's volleyball team... 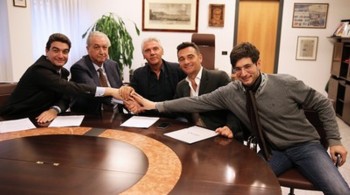 Modena and Piacenza became one club

The deal has been made. Liu Jo Modena and Nordmeccanica Piacenza have officially made agreement to merge their volleyball clubs! The new club will be called Liu Jo Nordmeccanica Modena, and, as you can see by the name, it will be placed in Modena!

The team will participate in the Serie A1 and in the CEV Champions League in the following season, while they will play home games in PalaPanini.

The only bad thing about this deal is that a famous volleyball city such as Piacenza will stay without its women’s team.

The first rumors about the new club suggest that Lorenzo Micelli will be appointed as new head coach.