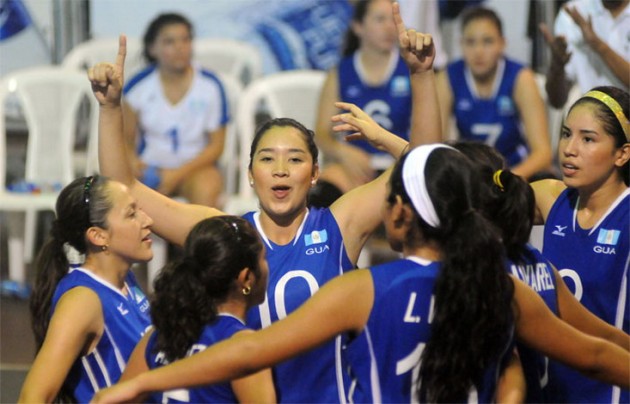 Guatemala held a 16-4 advantage in aces, including 11 by Maria Alvarez who only scored via serves to lead the winners. Dairy Alardon added 10.  Guatemala finished with a 2-2 win-loss record while Trinidad & Tobago ended winless at 0-3.

“This was a valuable experience for my team, we learned from the other teams and to value ourselves and we identified our mistakes,” remarked Ada Villalobos, Guatemala’s captain.

Makila York of Trinidad & Tobago said: “Unfortunately I got the flu and I wasn’t able to concentrate which caused an additional burden on my teammates.”

Julio Dominguez coach for the winning team said: “We grow competing in NORCECA tournaments because we face our real needs, so we’re able to practice on them; we have had the chance to be in this circle with our youth team and now with the juniors which is the only way we’ll improve.”

“I think that Guatemala played with more intensity than we did, while my team should have done much better as they showed against USA and Cuba in the preliminary round,” expressed Ali Macsood Trinidad & Tobago’s Coach.