Japan’s National Team is ready for the Olympic Games in Rio de Janeiro! 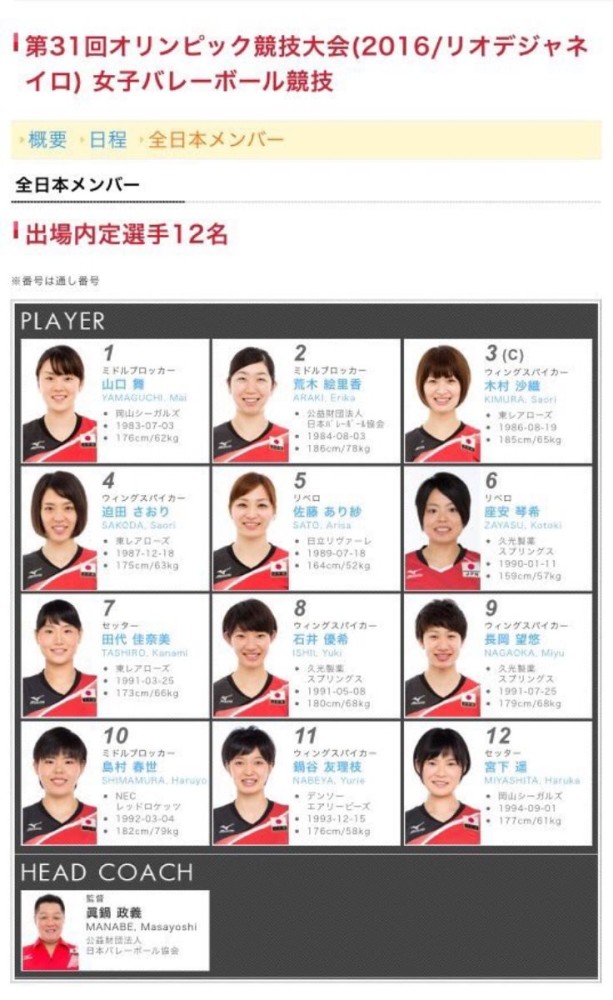 Only 24 hours upon the end of the 2016 FIVB World Grand Prix – Group 1 from which Japan did not qualify to the Final Tournament, their head coach Masayoshi Manabe announced roster for the Olympic Games in August.

There are two names surprisingly crossed out from the roster which competed in the last weekend of the Grand Prix – Sarina Koga and Yukiko Ebata, while four other players also fell off – Riho Otake, Arisa Inoue, Aki Maruyama and Mizuki Tanaka.

On the other side, Manabe realized how much he missed Erika Araki, Saori Kimura, Yuki Ishii and Miyu Nagaoka in his squad and returned them among 12 players for the Olympic Games