Carlos Fidalgo is the Portuguese player with perhaps the deepest knowledge of the Dutch squad his team will be playing in the upcoming World League 2013 playoffs. 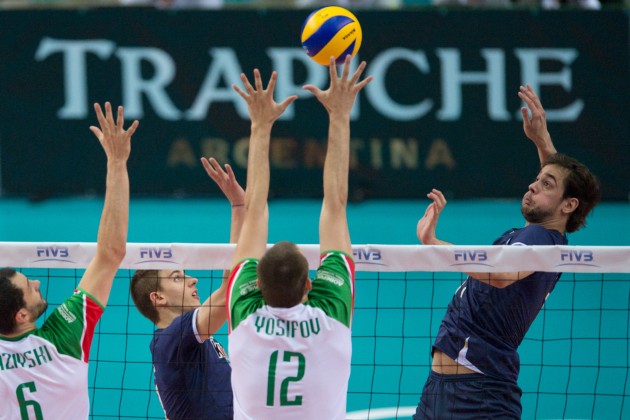 Fidalgo played his 2010/2011 season in the Dutch A-League, where he faced many of the players Portugal must now overcome for a place in World League 2013

He was part of the national team that in May 2010, in Macedonia, beat the Netherlands – as well as Macedonia and Sweden – thus opening the way to qualification to the 2010 European Championship. He also played his 2010/2011 season with Webton Twente in the Dutch A-League, where he faced many of the players now standing in Portugal‘s path towards a berth in World League 2013.

Although Fidalgo cannot make a direct contribution to his team on the court, as he is still recovering from an injury, he has been busy profiling Dutch players and helping his comrades prepare to face them.

“The Netherlands is, much like us, going through a phase of renewal. It has some experienced players, great quality, as we know well. But the coaching staff has now added three or four young men with great talent who are very promising, such as the setter Abdelaziz, against whom I had the opportunity to play. I think it is a very balanced team.”

And how will Portugal counter the winner of the European League 2012?

“I argue that we should play our characteristic game, and not change the way we play too much. We are aware that the Dutch play well, because we know the team well, but I think we have a good chance of getting the spot in the World League. In this type of playoff, played over two games, the first clash is always extremely important, because it allows one to gain some confidence for the second game.”

After the playoff qualification for World League 2013, the team will move right on to a second tournament to qualify for the European Championship 2013.

“Qualifying for the European Championship has always been our goal and that’s what we have prepared for all summer. It is very important for us to get the qualification and I think we have to assume some favoritism. We know we have to play to win every game, although there are teams, especially Turkey and Belarus, that are very strong. But I think we have all the tools that we need to qualify,” said Fidalgo.