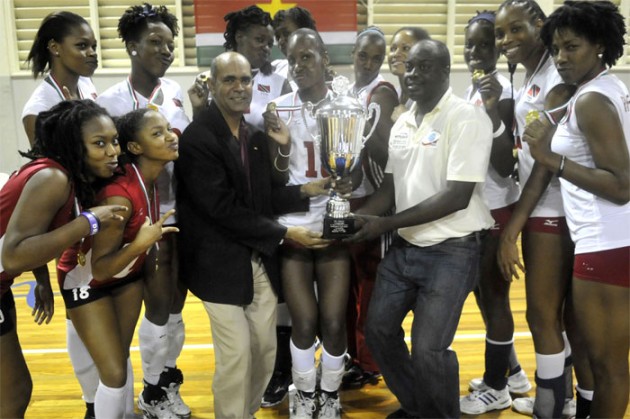 The five-time Caribbean champions and pre-tournament favorites as the eighth-ranked NORCECA team demolished the opposition in just 59 minutes.

Both teams were assured of advancing to next year’s second round of tournaments towards the women’s world championship to be held in Italy.

Channon Thompson led three players of Trinidad and Tobago who finished with double digits in the scores with 13 points. Krystle Esdelle and Kelly-Anne Billingy contributed 11 and 10 points respectively in the victory.

Trinidad and Tobago held an overwhelming advantage of 13-2 in the aces category with Billingy and Sined Jack registering five apiece. The winners also had the margin in blocks 6-4. Guadeloupe’s Natacha Clairville notched six points in the losing cause.

Esdelle stated her team was by far more focus for this match than any of its previous matches in the group and were also prepared for a tough fight.

“We know Guadeloupe is a very determined team and never gives up so we planned for a tough encounter and wanted to come out very aggressive and stamp our authority which we did.”

Francisco Cruz, T&T’s coach said he was pleased that his team achieved its objective which was to win the group. “It was our only option“, he added.

“Today we were focused and limited our mistakes but we still need to work harder and train a lot more to compete against the top teams at the next level.“