Favourites Iran convincingly won the opening World League 2013 qualification encounter against Japan 3-0 (25-19, 25-14, 25-23) in Tehran on Friday to virtually book themselves a spot in next year's edition of the FIVB's premier annual men's event. 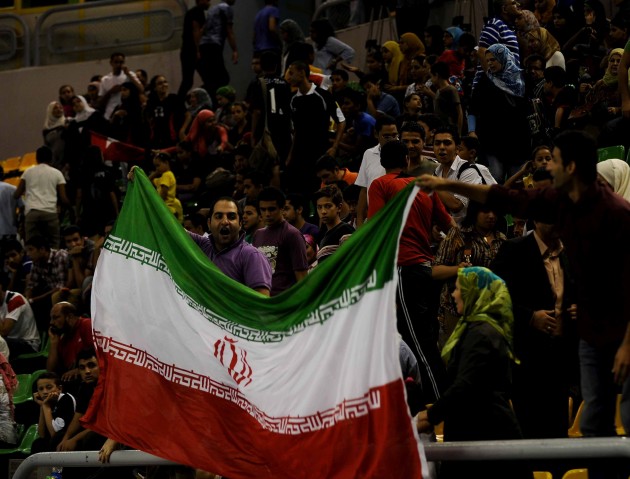 The straight sets win sees Iran take a commanding advantage into Sunday’s second game with Japan now needing to win the second match with a better points ration than Iran. The hosts just need to win one set on Sunday to win the two-match tie and qualify for the World League for the first time ever.

Friday’s opening encounter saw Iran’s brilliant form continue. Following their two-match victory over Egypt in the first round in Cairo, Iran, ranked 14th in the world, collected their fifth successive win against world No. 19 Japan dating back to last year and their fifth overall out of seven games.

Just like against Egypt, Shahram Mahmoudi was the star of the show top scoring in the match with 18 points and he was one of only two players to reach double figures in the match. Japan captain Tatsuya Fukuzawa led the visitors’ scoring with 15 points.

Fukuzawa now has a lot on his hands if he and Japan are going to turn it around and win Sunday’s match. Such was the nature of Iran’s convincing win, the odds are definitely long for that to happen. Coach Naoki Morokuma already used all but one of his players in the opening match, looking for answers. Another strategy might be required for Sunday.

The World League qualification process allows two teams the opportunity to play off for the right to play in the annual men’s competition. The bottom two teams of the previous edition must defend their places. Last weekend, Portugal, who finished 16th, lost to the Netherlands (who had earlier beaten the Dominican Republic in a first round playoff) in two thrilling five set encounters in Rotterdam to return to the World League for the first time since 2010. Iran beat Egypt in their first round encounter and now have the honour of playing Japan, who finished 15th.