The Czech Republic and Bulgaria successfully opened their European campaign in Varna by downing their opponents, Hungary and Latvia, in straight sets, thereby living up to the expectations as everyone predicts a close fight between these teams for the sole ticket at stake to make it to the final round of the 2013 European Championship. 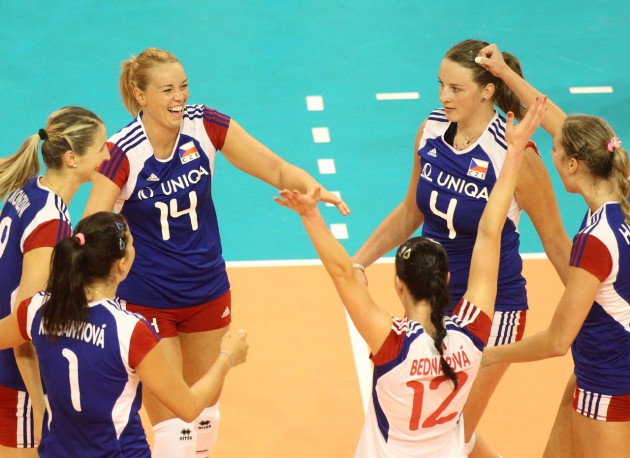 “We are happy with this win, we played solid and stable and we look forward to the next matches” says head coach Carlo Parisi.

“Before we traveled to Varna we had a lot of problems as five players refused to join the national team and our head coach left the group in late August, so we had to continue our preparations without some of our best individuals. You can’t get ready for a European qualifier in only seven days and you simply can’t imagine being able to beat teams like Bulgaria or the Czech Republic. We haven’t any information about Latvia so we do not know where we stand at the moment” said Hungary’s mentor Lajos Nemeth.

Later in the afternoon Bulgaria easily disposed of Latvia in three sets (25-10, 25-12, and 25-15). “I am very happy with the result even though Latvia is not a strong team. It is always important to start the tournament with a win and anyway they also did their best to cause us problems” said Marcello Abbondanza, the head coach of Bulgaria.

“Bulgaria played better in every single fundamental and stayed focused from start until the end. But I am satisfied with the performance of my girls, they had fun” stated Latvia’s mentor Janis Leitis.