After losing to Croatia on Thursday, Great Britain got back on track on the second day of action in Piatra Neamt by edging Portugal in three, straight sets (25-23, 25-22, and 30-28). 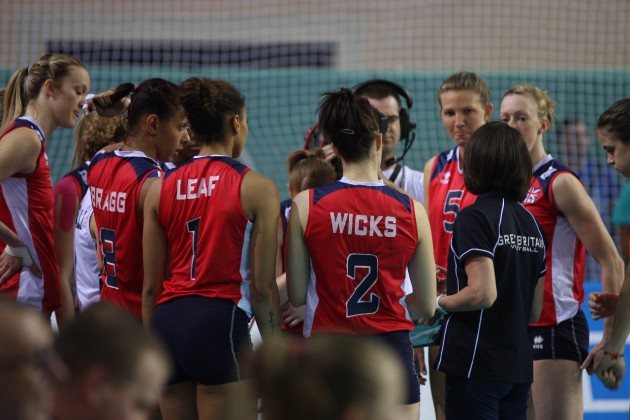 Great Britain started out well with a solid reception paving the way for the attacks killed by Rachel Bragg and Grace Carter. After leading 8:3, the Brits were confronted with the reaction of Portugal that came chiefly via Dulce Santos Machado and Nuria Lopes Da Silva. While Portugal stood out in blocking, Great Britain responded with the spikes of Bragg to make it 16:15 by the second mandatory stop and eventually proceeded with that same strategy to make it 25-23 in the end.

Portugal surprised Team GB in the second set, playing very solid in defense and attacking well with Lopes Da Silva finding regularly a way through the British block. Portugal went up 8:4 and 16:12 before Grace Carter took her side by the hand to reduce the gap and start an offensive that was joined by Rachel Bragg and eventually flipped the tables around, thereby contributing the final 25-22 and provisional 2:0.

Helped by opposite Joana Polido from the serving line, Portugal opened well also in set 3 (8:7) and stretched the margin up to three points by the second technical time-out. However, Bragg powered back Team GB and helped by the great actions of libero Maria Bertelli, the Brits got back their confidence and could finish it off after a very close final rush to claim the match in straight sets (30-28).