Azerbaijan is the provisional leader of the European qualifier – Pool C for the 2013 CEV Volleyball European Championship – Women after the side captained by Natalya Mammadova scored a 3:0 win (25-13, 25-21, and 25-11) to down Belarus in the second day of action in Salo. 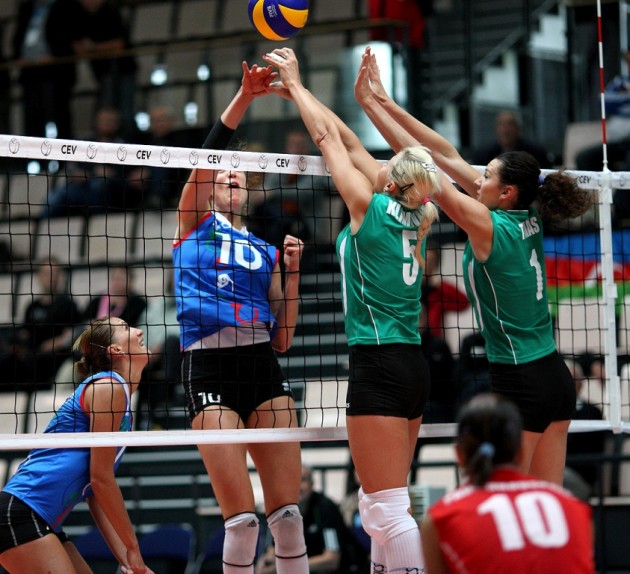 Taking into account that the second round robin will be played next week in Baku, the ladies of Azerbaijan have got very good chances to qualify for the fifth consecutive time to the final round of the European Championship, their best result being a fourth place dating back to 2005. Once more Slovak-born Jana Matiasovska-Aghayeva, who stands at 200 cm, was their best scorer with 17 points while Natalya Mammadova and Odina Aliyeva contributed 15 apiece.

The home ladies of Finland scored on Saturday their first win by besting Austria in straight sets (25-18, 25-18, and 25-15). With this result Finland remains in contention to fight for a spot to join the starting field of the Championship taking place next year in Germany and Switzerland. This was also Finland’s first win in international matches since May 2010 after suffering thirteen consecutive defeats. Wing spiker Pauliina Vilponen and middle blocker Laura Pihlajamäki paced the home side with 14 points apiece. “We still lack quality in reception and setting and we need this to compete with the strongest teams in the group” said coach Tore Aleksandersen. “We got a clear message from our coach before the start of the game: we had to fight for a win in three sets and so we did” added Vilponen.