Germany swept all of their matches at the European qualifier – Pool E in Kharkiv by cruising to three consecutive victories to top the charts of the group with 9 points waiting for the second round robin coming up this weekend in Maribor, Slovenia. 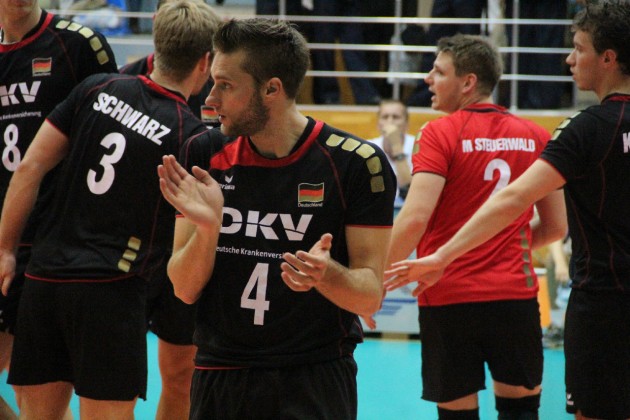 Germany opened their campaign by besting the hosts of Ukraine with the score of 3:1 (25-22, 22-25, 26-24, and 25-22) with Denis Kaliberda and Georg Grozer top scoring with 19 points apiece. They eventually followed up with two straight wins against Slovenia and Sweden to look confidently at the second round robin whereby a ticket for the final round of the 2013 European Championship will be assigned. Slovenia is currently ranked second in the group having edged Ukraine 3:0 on Sunday and Sweden 3:1 on the opening day of action in Kharkiv, with Ukraine in third place thanks to their 3:2 win over the side around superstar Marcus Nilsson.

The actions in Maribor will start on Thursday with Germany playing Ukraine while the hosts of Slovenia will take on Sweden.

GRE W: AEK and Olympiacos will play in the Super Cup