With victories by two teams from Brazil in the men’s and women’s divisions of the South American Club Championships, the last pieces have fallen into place for the 2012 World Club Championships set to begin October 13 in Doha, Qatar. 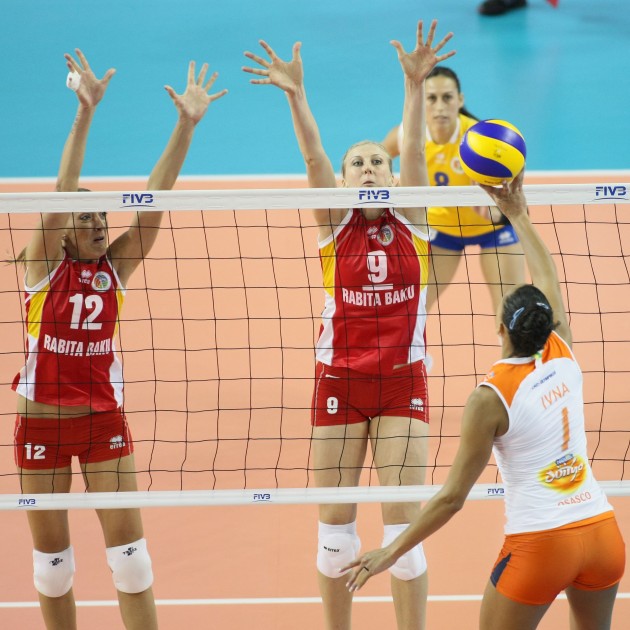 Sada Cruzeiro beat UPCN of Argentina in four sets (25-19, 18-25, 17-25 and 26-28) September 9 to claim the final spot in the men’s championship, joining their compatriots Sollys/Nestlé who defeated Boca Juniors of Argentina 3-0 (25-15, 25-18, 25-9) on September 6 to clinch the South American Women’s Club Championship for the fourth straight time and secure their ticket to the World Club Championship in Qatar.

The draw for the FIVB Club World Championships 2012 had already been completed in Doha September 2, with the defending three-time men’s champions Trentino Diatec, from Italy, drawn in Pool A against Qatar’s own Al-Rayyan while Tiger N. Leon of Mexico was left to await the outcome of the South American contest. Women’s title holders Rabita Baku, from Azerbaijan, will play Bohai Bank of China and Sollys/Nestlé.

With the South American teams now determined, the full results of the draw are the following:

The women’s tournament will consist of two rounds with 10 matches in total – six in the preliminary round and four in the final. The teams will play a round robin tournament to determine their ranking, and the third-ranked teams in each preliminary pool will be eliminated – both will be classified as fifth-place finishers.

The team ranked first in each pool after the preliminary round will play against the team ranked second in the other pool in the semifinals. The losers of those matches will then play for third and fourth places, while the winners play for first and second.

The men’s tournament will be 16 matches, also organised into two rounds. The preliminary round will account for 12 matches, and the final will have four.

Again, the teams will play a round robin tournament to determine the ranking, and the teams ranked third and fourth in each preliminary pool will be eliminated and all classified as fifth-place finishers.

As in the women’s competition, the team ranked first in each pool after the preliminary round will play against the team ranked second in the other pool in the semifinals. The losers of those semifinal matches will play for third and fourth places while the winners play for first and second.

WL M: Iran and the Netherlands confirmed as new teams in 2013 World League