Karch Kiraly, a legendary volleyball player in the indoor and beach disciplines, has been named coach for the next Olympic Games quadrennial culminating at the 2016 Rio De Janeiro Games. The announcement was made September 11. 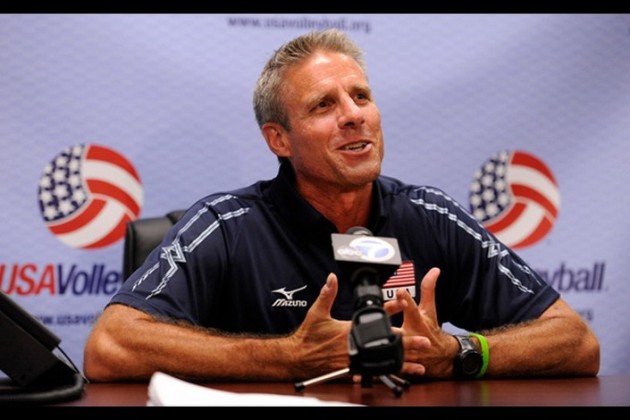 Kiraly, 51, joined the coaching staff in 2009 under the direction of Hugh McCutcheon, who has assumed a position as women‘s volleyball coach at the University of Minnesota.

“I could not be happier with USA Volleyball’s decision to select Karch as the head coach of the USA Women’s National Volleyball Team,” McCutcheon said of his successor. “He’s a great man and a wonderful volleyball coach – this is a fantastic hire.”

Kiraly looks to move the U.S. team to an even higher plateau than it has already achieved.

“This programme has such a history of high performance and has accomplished so much – including three Olympic Games silver medals – yet it has never won a Triple Crown Event: a World Championships, a World Cup or an Olympics,” Kiraly said. “At some point, the USA women will change that, and I yearn to help in that effort.”

“I spent much of the last quad focusing on the task at hand, trying to be the best team we could be, especially in London,” Kiraly said. “But as Hugh‘s departure drew near, I became thoroughly convinced and excited about carrying this work forward.”