China showed height and power as they defeated Iran in straight sets (25-16, 25-10, 25-10) at the 3rd AVC Cup for Women at the Baluan Sholak Sport and Culture Palace on Wednesday. 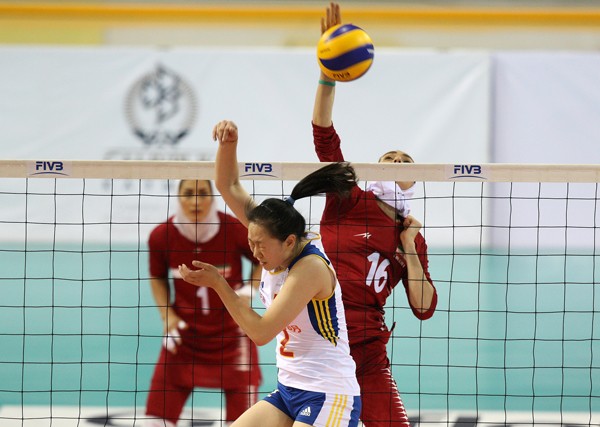 Iran had no response to the tough fight that China exhibited in the entire match. China led almost all scoring and non-scoring aspects of the game which limited Iran to score a minimum in every set that they played.

The Chinese players who barely needed substitution steadily played their game, not allowing any upsurge from the Iranian players to cut down their advantage.

Zeng Chunlei topped all scorers with 13 points, followed by Yang Junjing with 11 points on plays that Mi Yang orchestrated. It was noticeable that new faces from China like Zeng, Yang and Mi are fast rising to the top – filling the void that veteran players Wang Yimei and Wei Qiuyue left in running a formidable offensive scheme.

Iran players Farnoosh Sheikhi and Mina Roosta were held by China to only score 6 points each.