Chinese Taipei ended their winless drought to secure the seventh spot over Iran in straight sets (25-21, 25-20, 25-15) at the 3rd AVC Cup for Women at the Baluan Sholak Sport and Culture Palace on Sunday. 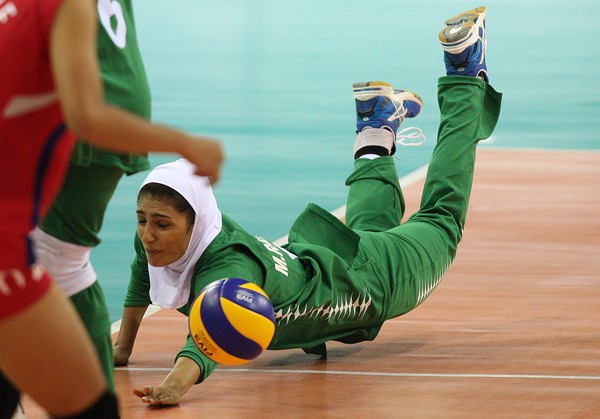 Iran played with an impressive start edging Chinese Taipei 8-5 onto the first technical timeout. Tsai Yin-Feng’s trips at the service line became burdensome for Iran which allowed Chinese Taipei to takeover the lead 14-10.

The Iranian girls seemed to look tentative on their movement on defence and attack, which prepared Chinese Taipei to counter easily. Little time was needed for Iran to get back and close in on the Chinese Taipei lead but several errors towards the end of the set had put the former in more trouble. Farnoosh Sheikhi’s service error signalled Chinese Taipei to fully takeover the first set at 25-21.

Chinese Taipei looked determined and scored a 5-0 run. The barrage of attacks continued led by Ten Yen-Ming and Chen Wan-Ting. Iran coach Shabanian Mitra called a timeout but aggravated the situation more as Chinese Taipei continued with their attacking splurge.

Iran somehow managed to cut down the lead at 19-14 but an unfortunate turn of events happened when Zahra Vahedi injured her knee and undermined Iran’s chances for a comeback. Iran’s faulty serve put Chinese Taipei ahead to close the second set at 25-20.

Chinese Taipei had to pick up the pace and dominated the ailing Iranian side. The Chinese Taipei lead ballooned immensely, which was difficult already difficult to upstage. Similar to the incident that ended the second set, an erroneous serve from Iran sealed the set and match for Chinese Taipei at 25-15.