Preparations for the volleyball competition are almost complete, many teams got some player changes, representatives come and go, but goals for this season remain high. We present to you a team who are competing in women league VK Agel Prostejov. 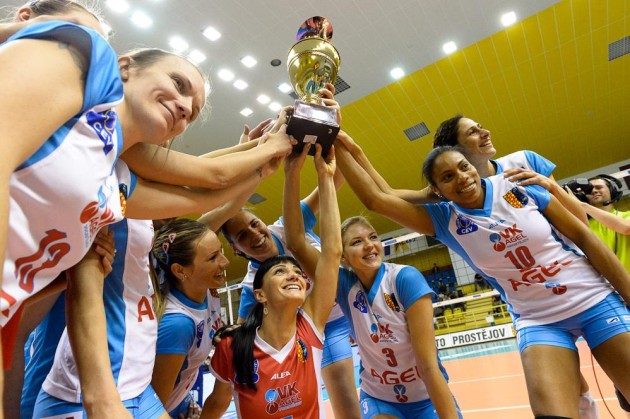 Prostejov will defend last year’s league gold. With their coach Miroslav Cada  they won the Czech league and Czech-Slovak Cup. Although the club has changed during the past season, his philosophy is to focus on the education of young players, this year they will be the main candidates to gain league title.

VK Agel Prostějov no longer just shows the quality Czech volleyball in the adult category, youth teams under the guidance of coach Slavko Mateja established themselves in the last few years and some of the players are successfully played for the youth national team.

When asked what goals has club next season, team manager Peter Gogh did not hesitate even for a moment. “The Czech team want to win again, we want to win the title in the league, get Czech and Czech-Slovak Cup. In the Champions League we want to take every point,” explains Peter Gogh.