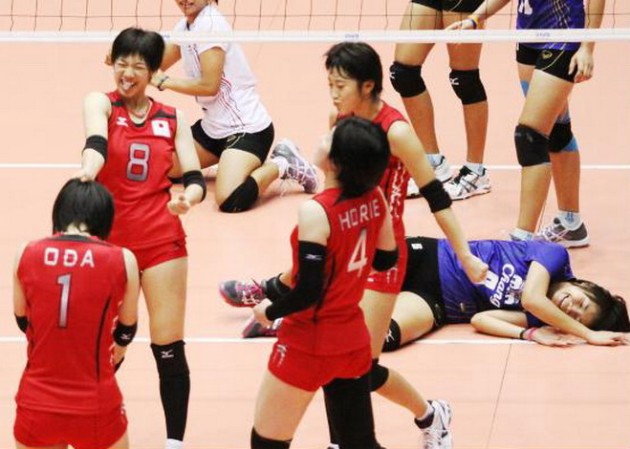 Japan, disappointed by a bitter 1-3 loss to China in the semi-finals on the previous day, played exceptionally well to take the first set 25-22 before the host side hit back gallantly to snatch  the second set 25-20.

Cheered on by a noisy drum-beating, screaming home fans, Thailand continued their consistent play to bag the close third set 25-23 to hold a 2-1 advantage.

It was apparent that the Japanese might have plenty of individual talents in their squad and were just never-say-die. They mixed the offensive mobility of Yuki Yamagami’s solid blocking and devastating spikes by Momoka Oda and Aya Horie to take the remaining two sets 25-18 15-11. The hard-fought win gave Japan an opportunity to maintain their third place achieved in the previous edition two years ago in Ho Chi Minh City, Vietnam.

“Despite the loss, I’m happy with my team’s form. We played much better than the previous two matches against India and Chinese Taipei. We still have many things to improve, especially our setter and the poor reception. Despite a failure to make it to the final, we feel happy that our target in this championship was fulfilled  – to finish among top four and win a berth for the next year’s world meet,” said Thai head coach Nathapon Srisamutnak.