RC CANNES is well ready for the start of the 2013 CEV Volleyball Champions League, after a series of friendly matches against Volero ZURICH (SUI), Universal MODENA and ISTRES Volley. Read the latest news from volleyball world on worldofvolley.com. 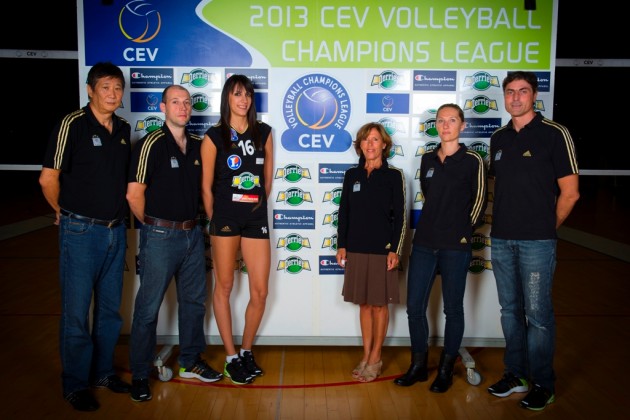 The group had the opportunity to test out its condition via a series of friendly matches against Volero ZURICH (SUI), Italy’s Universal MODENA and the compatriots of ISTRES Volley, as well as by participating in some international tournaments held in Frasnes-lez-Anvaing (Belgium) and Venelles. These matches were extremely useful especially in order to work out the right chemistry as the roster has undergone some changes since the past season.

RC CANNES already started its domestic campaign this past Saturday by edging Stade Français PARIS 3:1 and everybody – including the media and all Volleyball specialists – feel like the side mentored by head coach Yan Fang can go for what would be the eighteenth crown in the league.

In the meantime the sponsors, partners and the local staff are fine-tuning their preparations for the start of the CEV Volleyball Champions League with the first home match against Uralochka-NTMK EKATERINBURG of Russia scheduled for October 24.

RUS M: Russian SuperLeague – Summary of the 4th round