Chinese Taipei secured a slot for the semi-final round of the 2012 Asian Youth Girls’ Championship by beating Kazakhstan 3-0. Chen Tzuya had a field day with her powerful attacks from the wing. 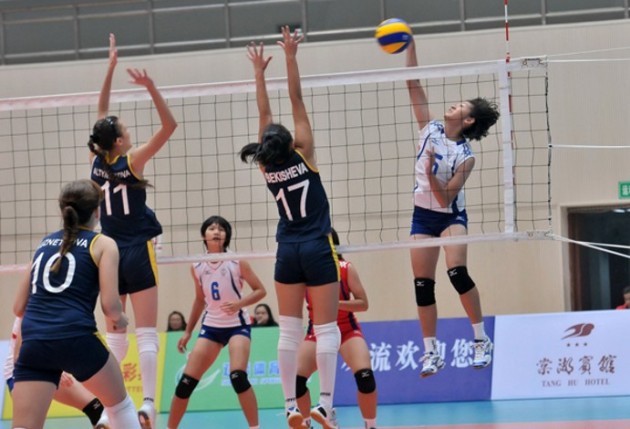 The opening set showcased an exchange of points until the first technical timeout. Kazakhstan later began to commit errors in their offense. The Kazakhs’ attacks did not pose a threat as the Chinese Taipei defenders effortlessly carried out reception. Chinese Taipei capped the first set with a powerful three-man block to establish their domination in the match.

The Chinese Taipei girls enjoyed the succeeding set with a strong game from the left flank. Chen Tzuya had a field day with her powerful attacks from the wing. The Chinese Taipei floor remained steady in their defence against Kazakhstan’s middle kills. Tseng Wangling was effective in guarding the net to control the rhythm of the match in Chinese Taipei’s favour.

Kazakhstan regrouped in the third set, showing more aggression in their attacks. They also gained benefit as their opponents committed a string of errors, from service lapses to misfired attacks. Chinese Taipei regained composure by the second technical timeout, reverting to their defence and varied attacks from Lee Yu.  Coach Lo Chungjen found comfort in their pacing and resorted to several bench players who managed well until the end of the match.

Chinese Taipei now await the victors of the quarterfinal match between host China and India.