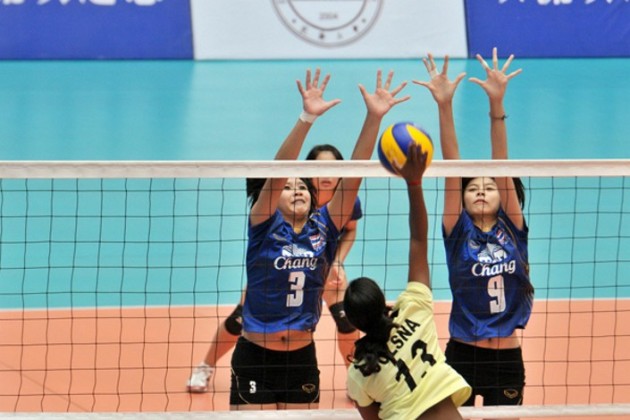 Thailand took a commanding advantage of the match with the offensive power of captain U. Rujira at the opening set.

India tried to fight back in the next set with Nabanita, taking on scoring duties. She converted with several successful attacks to get her team back in the game.

However, Thailand continued to score ferociously from the service line. T. Thitapa scored an ace which changed the tempo of the set. Thailand’s blockers later became more conscious of the opponents’ increased aggression with their attacks. They staged successful blocks from the middle to seal the second set to their advantage.

Thailand moved forward in the final set with their powerful serves courtesy of J.Sasipaporn. This was easily an indication of their opponents’ flawed floor defence as the Thai servers could easily find weak spots to ace on. Thailand scored a total of 10 service aces in the match, while India crashed to defeat with their errors.