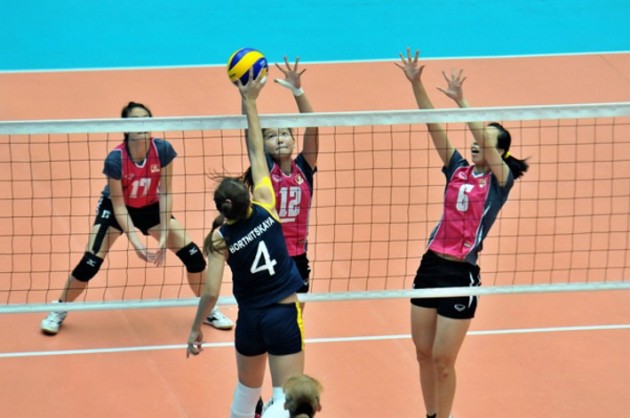 Hong Kong performed well in the opening set as they were able to keep abreast with their opponents’ pacing. However, they committed rotation errors which awarded points to the opponent.  The Hong Kong girls toiled in cutting down the lead but they were not launching enough attacks. A powerful kill from Akashayena closed the first set in Kazakhstan’s favour.

Kazakhstan used their strong kills to gain an edge in the second set. Gubaidullina launched her attacks  from the middle, while Popova fired from the left wing. They were also successful in minimising their errors.

Hong Kong surged forth with service aces from Wong Wingsuet. Chan Tszkiu also started to contribute in scoring. But just when they were about to maximise their momentum, they started to commit errors, to lose out to the opponent in the second set.

The Hong Kong side retaliated with a more aggressive offense in the third set, to seize a commanding 8-0 lead. By this time, Kazakhstan was making their share of errors, while Hong Kong capitalised on their powerful serves to send the match to a fourth set.

Kazakhstan wasted no time in coddling their momentum in the final set. Gubaidullina continued to post a strong game at the middle. The Hong Kong side tried to remain fearless in their predicament, celebrating every point despite the huge gap. But they reverted to their flawed position. Bortnitskaya, on the other hand, continued to rally behind the Kazakh team with her attacks, to finally seal victory.