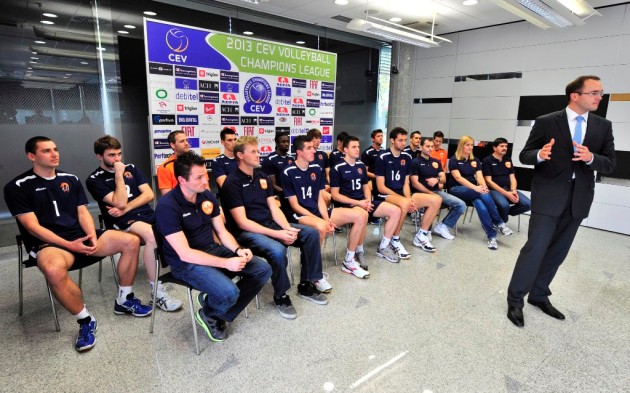 “Versus Kastela (CEV Cup on the 24th of October versus Famagusta, editor’s note) we want to go for the win again and effect a tight performance. Kastela got a new team, but definitely we are the favorite. We behold this match in preparation for the Champions League and want to work up a head of steam from the beginning wit hour service. Perhaps new accrual Robert Koch will already get his first appearance“, explains Hypo Tirol’s headcoach Stefan Chrtiansky.

At the CL-prelude on the 24th of October the Tiroleans host at home VFB Friedrichshafen with ÖVV-Team-Topscorer Thomas Zass. With Generali Haching, ACH Volley also receives a German team.

Beside Kastela, Posojilnica Aich/Dob and Chemes Humenne are in action for first time on the CEV-cup, too. In the first leg, the Carinthians hosts Kakanj (Bosnia and Herzegovina), Humenne has Gas Pamvohaikos Vrahati (Greece) over. On Saturday Aich/Dob and Humenne encounter each other in the JUFA-arena. So only one of both teams can manage the European cup dress rehearsal.