Chinese Taipei took third place in the 2012 Asian Youth Girls’ Championship as they triumphed over Korea, 3-0. Tseng Wanling emerged as the top scorer of the match with 18 points. 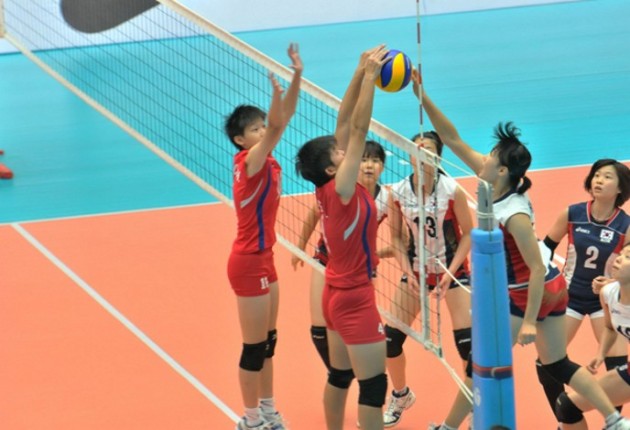 Chinese Taipei surged to a strong start to stamp a statement of their advantage in offense. Lee Yu immediately worked on converting her attacks from the right flank.  However, Korea’s Lee Hanbi had the same idea and operated from the left side. The first set ensued with a tight race until the second technical timeout.

The Chinese Taipei girls allowed their opponents to inch closer with a series of errors. Later, a strong and powerful Tseng Wanling emerged from the middle to deflect the opponents’ attacks, and to seize the first set.

Coach Lo Chungjen enlisted the support of Chen Yichun in the second set, providing quality minutes to score at the left and to protect the team’s momentum. Tseng Wanling persevered in the middle and continued to pose problems for the opponents.

Relying on their formidable blocks and precise attacks, Chinese Taipei moved out to a commanding 11-3 lead. Korea looked hapless in their defence, missing out to receive properly on key plays.

The Chinese Taipei side soon mustered more momentum as their servers performed steadily. Chen Tzuya’s attack from the left punctuated the match to 25-17.

Tseng Wanling emerged as the top scorer of the match with 18 points. Lee Yu likewise proved to be a major scoring factor with 13 markers. However, libero Lin Mioahua was highly instrumental  in receiving even the most ferocious of Korea’s attacks and in simply sustaining Chinese Taipei’s momentum.

Chinese Taipei improved their rank from the 2010 edition where they placed fifth. Their bronze finish will book them a ticket to the FIVB Girls Youth World Championship in 2013.