Luis Adames of Dominican Republic was named the Most Valuable Player of the NORCECA-C First Round Tournament of the 2014 FIVB Men’s World Championship. Dominicans Elnis Palomino, Tollinson Aquino and Edwin Peguero won the awards as Best Server, Best Setter and Best Receiver respectively. 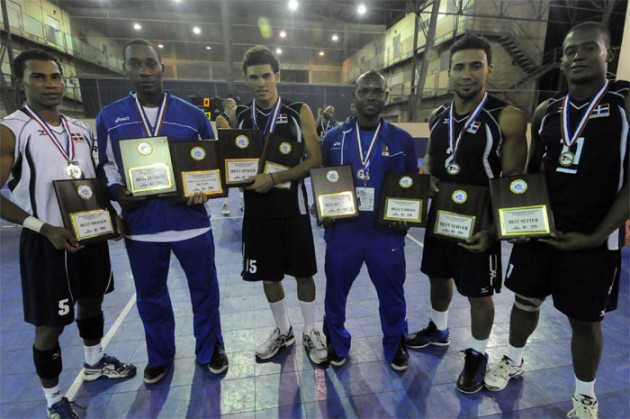 The award ceremony was presided over by Dr Jose Joaquin Puello Herrera, Lifetime Honorary President of the Dominican Republic Olympic Committee and member of the FIVB Ethics Panel.

Adames also received the plaques as Best Scorer and Best Spiker of the tournament won by his team with an undefeated 4-0 win-loss record.

The Dominican Republic, Haiti and Guadeloupe qualified to the second round of tournaments to be held next year as part of the development program within NORCECA which offers more competitive opportunities to the senior teams of National Federations Category I and II.