Norway’s Nyborg BERGEN is currently preparing for a very demanding test where the guys mentored by head coach Ivar Bakken will be playing Ural UFA for the second round of the 2013 CEV Volleyball Challenge Cup – Men. 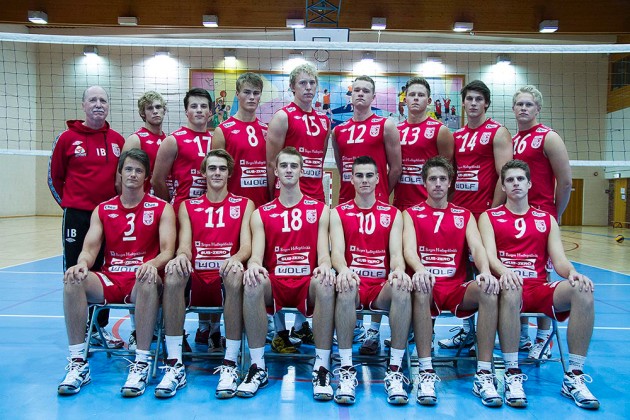 These will most probably be the toughest matches in their career for the players from BERGEN as their opponents stand out in every sense. Ural UFA is packed with superstars such as Brazil’s Leandro Vissotto (212 cm), a silver medalist from the 2012 Olympics in London and a world champion in 2010, Alexey Kazakov (217 cm), an Olympic silver and bronze medalist for Russia, Spain’s Miguel Angel Falasca (194 cm, 39 years of age), a former European champion for Spain and last year’s silver medalist in the CEV Volleyball Champions League representing Poland’s PGE Skra BELCHATOW, not to forget Pavel Abramov and libero Alexey Verbov.

“This is by far the toughest opponent we have ever played but we are looking forward to moving to the next round of the competition” says head coach Ivar Bakken. “This will be fun!” adds team captain Kåre Helvik Morken. “This is a unique chance for all fans here in Norway to see world-class Volleyball”.

Nyborg BERGEN will be traveling for 13 hours to finally make it to Ufa via Istanbul and play Ural this coming November 14. The return match – hopefully attended by a full house – is scheduled for November 20 at “Haukelandshallen” in Bergen.

Nyborg takes on its second consecutive European campaign after sweeping this past weekend all matches scheduled for the prelims of the NEVZA Club Championships. BERGEN beat two teams from Denmark, Gentofte and Hvidovre in straight sets as well as Sweden’s Örkeljunga 3:1 to get the right boost of confidence to play the Russian giant.