Beijing, China, January, 16, 2012 – China’s women’s volleyball team had a lot to celebrate on Sunday night after they picked up the Best Team prize at the 2011 CCTV Sports Personality Awards in Beijing. 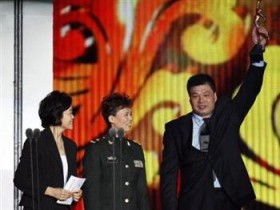 All 11 awards are decided by votes cast by 120 sports specialists.

The Chinese women’s team was the only side to win outstanding merit.

“But we have not lost our confidence, which spurred us to double our efforts and bounce back at the Asian Championship and the World Cup.”

“This award is a great encouragement for the women’s volleyball team and we will make an even harder effort to prepare for the Olympic Games so as to repay your support.”

CAVB: Africa getting ready for an age...