The upcoming clash with Vakifbank ISTANBUL for the first round of the Playoffs 12 in Europe’s most elitist competition scheduled for this Wednesday will be the major highlight of the season so far for Atom Trefl SOPOT, even more since Poland’s heroine Malgorzata Glinka-Mogentale is coming back home though standing on the other side of the net. Read latest volleyball news on Worldofvolley.com. 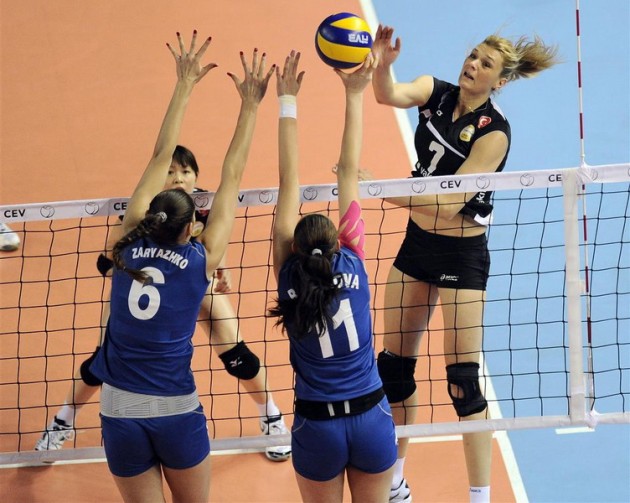 After a short break in combination with the Christmas holidays, Atom Trefl started out the New Year by edging the provisional leader of the national league, Aluprof BIELSKO-BIALA, with the score of 3:2 thereby keeping alive their chances to finish the first half of the regular season on top of the charts. However, Trefl displayed a very poor performance this past Saturday losing in straight sets to Impel WROCLAW.

“We can’t attribute this defeat to the fact that we were already looking forward to the clash with Vakifbank as we take it match after match” says spiker Anita Kwiatkowska. “I do not know what happened to us there, but probably since they changed coach and setter, we could not adjust to their play”.

Erika Coimbra was not able to play against Aluprof due to a slight injury and her absence was to be felt also in the next clash with Impel. However, she’ll be back in action for the Playoff game with Vakifbank.

The side mentored by Italian-born Giovanni Guidetti is the provisional leader of the national league in Turkey with a margin of two points on Eczacibasi. “All of their players are world-class, so there is none in particular I would single out” stresses Kwiatkowska. “We played Vakifbank in Koszalin before the start of the season and by then it was a totally different group that had just started their preparations. We eventually won 3:2 but we shouldn’t think about that because things are quite different now”.