Vakifbank ISTANBUL of Turkey claimed on Wednesday its first Playoff clash with Poland’s Atom Trefl SOPOT by cruising past the local heroines – who were supported by 2’500 fans at Ergo Arena – with the score of 3:1. This and other volleyball news read on Worldofvolley.com. 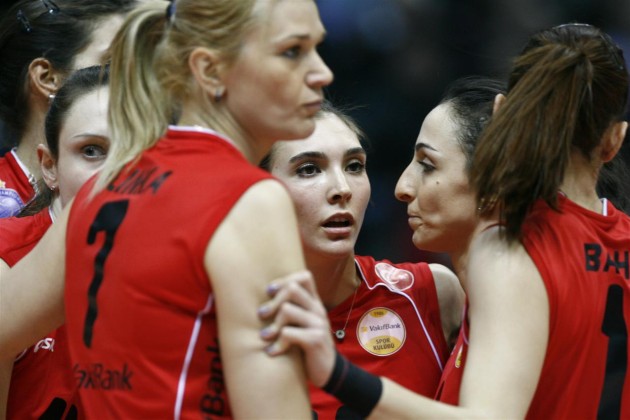 Vakifbank started out pretty good while Atom Trefl made some mistakes in the early phases of the match trailing 5:8 and 13:16 at the technical time-outs; however, the hosts were able to fight their way back, flipping the charts around right at the very end of the set and going for the final 25-23.

Vakifbank played superbly in the second set dictating the pace of the game almost all the way through (8:4, 16:10) and avoiding any possible attempt by the hosts to come back and reverse the score (25-18). Atom Trefl started out very aggressively in set 3 and went up 8:6 via a series of good serves contributed by Rachel Rourke. However, Vakifbank stepped up and flipped the score around (16:12) accelerating their pace and going for a comfortable 25-15 to cement their lead in the game. The score was very tight in the early phases of the fourth set but Vakifbank had moved up by four at the second technical time-out, not slowing down their pace up to the final 25-21 to celebrate a well-deserved 3:1 victory waiting for the return match coming up next week in Turkey.

“We lost to what is, in my opinion, the best team in Europe” said Atom Trefl captain Izabela Belcik after the game. “We needed to stay more relaxed and show more patience and for the return we also have to play with more consistency from the serving line. We take some positives from this game because when we played good, we took the points”.

“It was a tough game for us and especially since we hadn’t played any difficult match since mid December” said Vakifbank head coach Giovanni Guidetti. “In the first set we found it difficult to find our rhythm of the game and we made a lot of mistakes, but after that we played much better. It was a kind of warm-up for both teams because the most important game is coming up next week”.