Tauron MKS DABROWA GORNICZA will host this coming Wednesday Turkey’s heavyweight Fenerbahce SK ISTANBUL for the return match of their double fixture that will eventually determine the side making it to the semis of the 2013 CEV Volleyball Cup – Women. This and other volleyball news read on Worldofvolley.com. 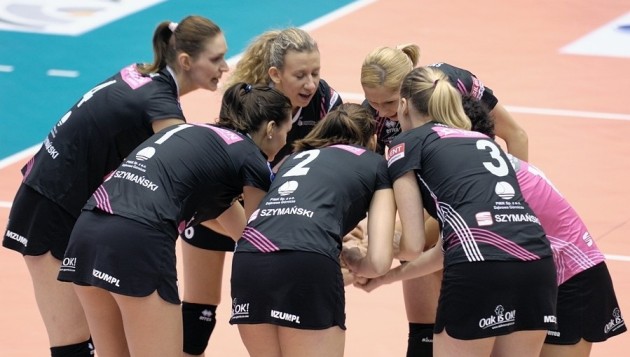 After losing last week in straight sets, it looks like a mission impossible for the home heroines especially as they play the absolute favorite for the final win in this competition.

“We know Fenerbahce is a very strong team but for sure we’ll fight for every single ball” says home libero Krystyna Strasz. Fenerbahce are the winners of last year’s CEV Volleyball Champions League and though some players have left the club since the past season, they still include the likes of two Brazilian stars – and 2008 Olympic champions, Marianne Steinbrecher and Paula Pequeno – and Korean Kim Yeon-Koung, MVP of the 2012 Olympics in London. Moreover, a middle blocker who originally hails from Poland, Berenika Okuniewska, is also included in their roster.

Tauron MKS was relegated to the Challenge Round of the CEV Cup after finishing third in prelim Pool D of the 2013 CEV Volleyball Champions League whose standings were eventually topped by Eczacibasi VitrA ISTANBUL and Azerrail BAKU. However, the home ladies are well motivated after scoring a 3:2 win in the national league over Aluprof BIELSKO-BIALA. “It will be a difficult match but I can assure all of our fans that we’ll give 100% out there” concludes wing-spiker Elzbieta Skowronska.