Italy’s Lube Banca Marche MACERATA plays with Asseco Resovia RZESZOW in a return match for the Playoffs 12 of the 2013 CEV Volleyball Champions League. The winner of this clash will challenge Bre Banca Lannutti CUNEO or ACH Volley LJUBLJANA in the next round. Alberto Giuliani commented. 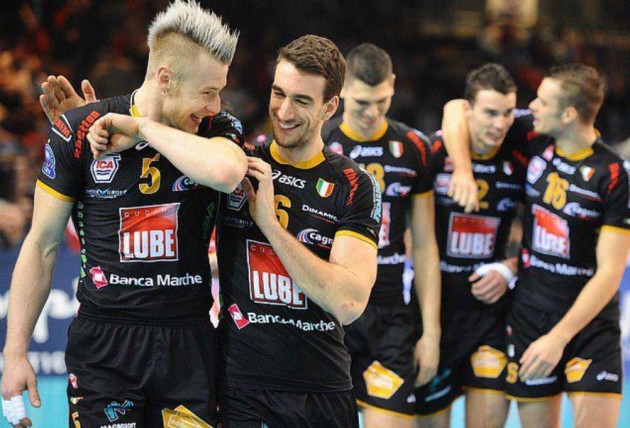 Lube Banca Marche MACERATA, although still missing Italy’s national team stars Cristian Savani and Jiri Kovar (both injured), hasn’t lost any single match since the start of the New Year and after edging CMC RAVENNA this Sunday, confirmed its leadership in the standings of the national league together with the four-time club world champions of TRENTINO Diatec.

“We started the New Year the best way we could” says MACERATA mentor Alberto Giuliani “also claiming a very important result last week in Poland, where we pocketed the first two sets after very close final rushes. Now we must finish our job properly by scoring a home win in front of our fans that I hope will give us the right boost. It is mandatory to avoid the golden set. We all know that it will not be easy, because Asseco is a strong team.  But we really want to make it to the Playoffs 6 and we’ll play with glowing hearts to achieve this goal”. Some 40 fans will be traveling from Poland to Italy as more than 1’000 tickets were sold in just one day for what is likely to turn in a memorable Volleyball night.

ARG M: Gigantes de Sur no mach for the leader