"All those who claimed that in the PlusLiga are only four quality teams probably do not know much about the sport" said Jastrzębski WEGIEL coach Lorenzo Bernardi in a very interesting interview. Read latest volleyball news on Worldofvolley.com. 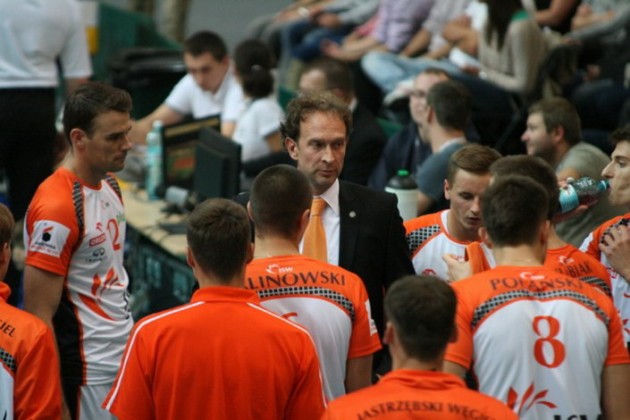 This is the second place the maximum that could be achieved?

“Certainly. Of course you can always say that we can do more. I do not like limits. But so far the team has made up as much as they could. We may regret the lost points in Warsaw and Kielce, but on the other hand there are two matches won by three points against Belchatow“.

Which moment was the most difficult in the first round?

“There were two such moments: immediately after the second leg of the CEV Cup against the Turkish team and after the match in Kedzierzyn–Kozle. Fortunately the team responded positively after these failures and we were able to get back our good game”.

Which of the five defeats in the league hurt the most?

“I think the worst game we played in Warsaw. In the first two sets we played weak and we could not catch our rhythm”.

You are one of the few who predicted that the league will be very even. You feel satisfied with this title?

“All those who claimed that the PlusLiga are only four quality teams probably do not know much about the sport. Here simple math does not work and one plus one does not always equal two, because during the season there may be various unexpected things”.

Let’s talk about the first round of the playoffs. Does the fact that you have only three days to prepare for the first match against Effector Kielce complicated plans for you?

“As I said, for me it is unimaginable. I really can not find justification for the fact that the first game of the play-offs we play just three days after the end of the regular season. The problem does not concern the preparation for the match. The problem is associated with the short duration of the recovery. Key players who have performed well have a right to to take a break. If we want to offer a high quality game we need to think about the health of the players. It is the most important”.

What will be the key to achieving a good result in the quarterfinal of the playoff?

“We should focus on ourself, on our own game”.