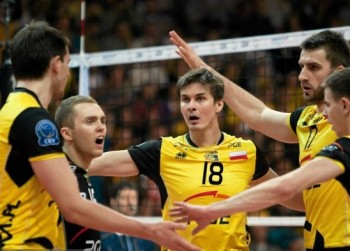 Michal Bakiewicz decided to take a break of playing volleyball because of the constant problems with back injury.

“Due to health problems, with which I have been struggling since the beginning of the season, I made the decision to suspend career for some time. Unfortunately, injury do not allow me to practice as professional sportsman should, and the fact I can’t be 100% ready forced me to make this move. I wanted to be fair towards the people from AZS Czestochowa and proposed that we break a contract. I would feel badly if I continued to receive money in a situation I just could not help the team” stated Bakiewicz.

Experienced receiver (33) has won four Polish Championships, three National Cups, and was runner up with Poland on European and World Championship. He started career in AZS Czestochowa, then spent many years in PGE Skra Belchatow, from which he returned to AZS Czestochowa last summer.

TUR W: Veljković – “I would stay in Galatasaray for 10 more years”