Brazil’s star wing spiker Murilo Endres looks set to return to the side in the 2012 FIVB Volleyball World League this weekend after the 2010 FIVB World Championship MVP recovered from a shoulder injury. 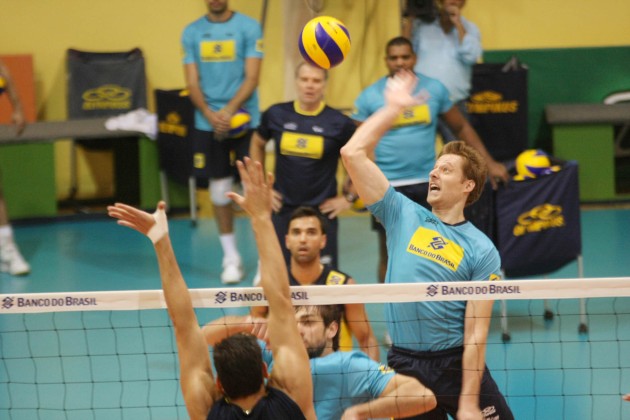 Murilo has joined up with the rest of the squad in Katowice, Poland ahead of their Pool B clash against the hosts as well as Canada and Finland.

Murilo missed the first week due to an injury in his right shoulder but will return after receiving treatment at Aryzao, the Brazilian Volleyball Development Centre in Saquarema, Rio de Janeiro.

“Since the team returned from Canada, I started to practice alongside the group waiting for Bernardo Rezende’s Brazil decision,” he said. “I am feeling good and I want to play.”

The player watched Brazil’s opening three matches as they beat Finland but were dealt losses against Poland and Canada.

“I realized Brazil had less match rhythm than the other teams,” he added. “We wish to improve in the next week and keep getting better until the Olympics.”