ROAD TO RIO M: Unbelievable volleyball! Poland down Germany to stay in race for Rio!

After stunning five sets, world champions Poland could celebrate! They beat Germany in third-place 3-2 and Antiga's team will get another opportunity to reach Olympic Games. 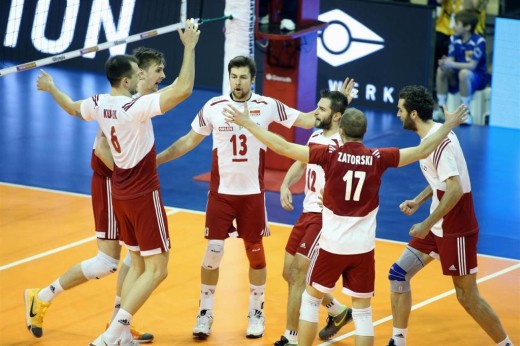 German team didn’t manage to take one of the three first places, so they won’t compete at Rio Olympic tournament.

We saw another great battle at the European Olympic qualifying tournament!

Host team started much better and with some good solutions in attack and good reactions in defense they took the first set.

The world champions answered quickly in the second set and tied the score in sets 1-1 (25-22). In the third set, Antiga’s side was struggling to find some solutions for the rival and German team didn’t have too much problems to take the lead again 2-1 (25-16).

In the fourth set, Germany had match point but after mistake from the service line, Poland started controlling this part of the game. Block of Mika on Grozer gave Poland hope to win this match 2-2 (28-26).

As expected, tie-break was very uncertain. At the result 10:10, referee made huge mistake. Germany scored a point, but previously referee stopped the game because he thought that Grozer suffered an injury…

The game continued and Poland managed to create match-point situation, but Germany saved it. However, Antiga’s side created another chance and unfortunately for German team, they used it and won the game 3-2!

Great. Minimum at least gained. And today France I hope will win. Just because you ‘Blueredwhite troll’. I would like you to be furious 🙂

What a tie-break! It’s hard to find player more militant than Kubiak. Or maybe it’s even impossible.

Congratulations polska!
U have a great team,
World
Champions!!!