Pawel Zagumny deserved something like this in his final match for Poland... 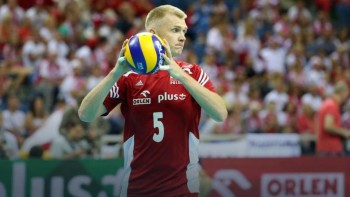 All of that in honor of Polish volleyball legend Pawel Zagumny who will say farewell to the national team. Zagumny deserved nothing less than this, while many volleyball stars have already confirmed their arrival on the event.

On the other side, Vladimir Alekno will coach Team of the World on September 11 in Katowice, while Zenit Kazan stars Teodor Salparov and Wilfredo Leon confirmed they will also be part of this team.

BRA M: Will HE be the one to replace Bernardinho?

PHOTO OF THE DAY: Selfie of Eczacibasi’s volleyball stars!

Nice! I wanna watch the matches!
But.. Seriously that Ekaterina Gamova will play too?!
She really needs to play a farewell volleyball match.. Sheilla Castro, Francesca Piccinini, Liubov Sokolova and Fabiana Claudino also deserve a goodbye match like these.
Volleyball Legends that I love so much…