POL M: León – „Lozano said Polish NT doesn’t need me? Maybe he has some problem with me“

Wilfredo León decided to play for Polish Men’s Volleyball National Team a long time ago but the paperwork still prevents him to do that. 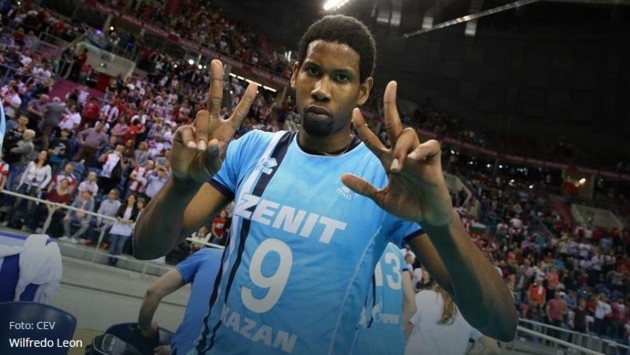 To be more precise, León’s native volleyball federation, the Cuban Volleyball Federation, refuses to issue him a permission, so he willl most probably miss the 2017 CEV European Championship.

“The FIVB is willing to help me and to speed up the whole thing, but it’s necessary to get consent from the Cuban Federation. And that thing is much more difficult. I know well the people who work there. From the age of 14, I represented Cuba, and there in the government are some people who perform certain functions for too many years. When someone comes to such a person and say: ‘León’ has Polish citizenship and would like to play for that country. You only need to sign one document,’ they certainly won’t do it right away. As long as you represent Cuba, relations with these people are fine but when you give up defending national colors, it all changes. I’m convinced that these people will wait, wait and wait; or pretend that they want to help but in fact they don’t,” León explained how things work in Cuba to „Przegląd Sportowy“.

Zenit Kazan player was asked to comment on Raúl Lozano’s statement from 2015 when he said that Polish National Team does not need León because receiver position is covered by Michał Kubiak and Mateusz Mika.

“I have always believed that every person has a right to his opinion. OK, this is the opinion of Mr. Lozano. If he becomes head coach of the Polish National Team and doesn’t summon me, I would have to deal with it. I have the impression that Mr. Lozano said these words not because he thinks I’m a bad volleyball player but because he might have a problem with me. That’s his business. We don’t know yet who will be the head coach of Poland. And if it’s Lozano, maybe he will change his mind and find out that he needs me?” Cuban player added.

POL M: One of the best performances ever in Plusliga – Salvador Hidalgo!

lol, i think that Leon´s wife is from Poland and he lived in Poland during his three years suspension, so maybe he knows something about Poland culture, history…

On the other hand, I don´t share this idea of having Cuban players (or from other countries) playing for another country, like Juantorena, most of the Qatar players, probably Leon and Leal in the future,,,,

I don’t understand what the issue is? Leon is a POLISH CITIZEN, he has a POLISH wife he has lived there for at least 3 years and he probably speaks the language. He loves Poland and in a world where more and more countries are becoming diverse it does not matter where you are born but about the pride you feel about your adopted country.
Your comments sounds like racism disguise as nationalism. You might as well be like Donald Trump.