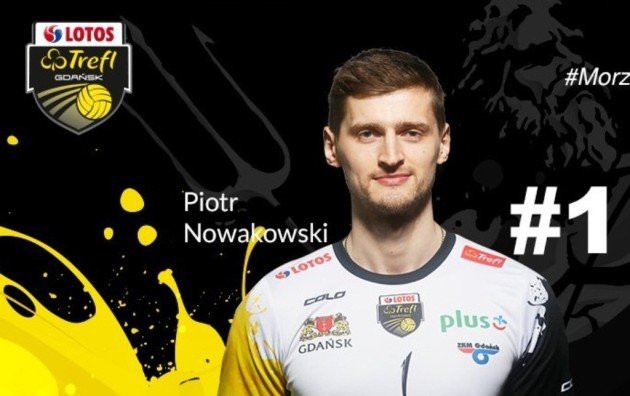 One of the best Polish middle blocker Piotr Nowakowski in the next season will play for the team who leads coach Andrea Anastasi. After six seasons in Resovia, the 205 cm tall blocker decided to move on.

“High impact of my move to LOTOS Trefl was certainly coach Andrea Anastasie. The prospect of working with him in recent years attracted many players to Gdansk and also I am glad that once again we find ourselves in one place. I believe that under the leadership of Anastasi, I’ll still be able to improve my skills and significantly help the team in the new season of PlusLiga” said Nowakowski who signed one-year contract and in the next season he will wear jersey No 1.