Zaksa KEDZIERZYN-KOZLE is targeting the top four in this year’s edition of the much elitist CEV Volleyball Champions League. Read more about latest volleyball news, games reports, and statistics on WorldofVolley. 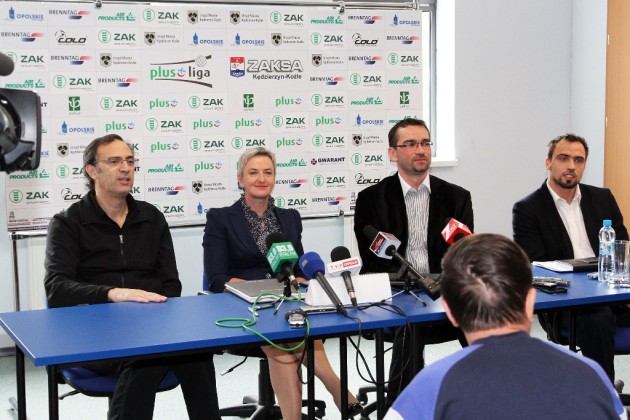 Zaksa caught an excellent start in the national league scoring two wins in as many matches so far and being the provisional leader of the standings. Actually the club has undergone some major changes since last year, not simply as far as the roster is concerned, but also in its management.
Sabina Nowosielska is the new club president and she has taken up the difficult challenge to claim the national league and make it to the final four of the CEV Volleyball Champions League. “The group for this season was formed exclusively by our head coach Daniel Castellani as we fully trust him” she says. Zaksa was joined by middle blocker Marcin Mozdzonek – the captain of the national team – as well as by Brazilian outside hitter Felipe Marques Fonteles who is supposed to back up the defense as well as offense line. “After I got back from Finland, we have been working very hard and I believe we won’t have to wait too long to see the results of this hard work. This team is ready for some excellent results” says Castellani, who is also the mentor of the Finnish national team.

The first opponent for Zaksa in this year’s CEV Volleyball Champions League is France’s TOURS VB. “We got a lot of information about this team from our French player Antonin Rouzier and we will be perfectly ready for this clash but first we have to play Asseco Resovia in the national league. This will be a perfect test to see where we stand before we debut in the Champions League” adds assistant coach and former international star Sebastian Swiderski.
Zaksa is coming out a joint training camp with another CL competitor, Turkey’s Arkas IZMIR, that included some friendly matches as well.