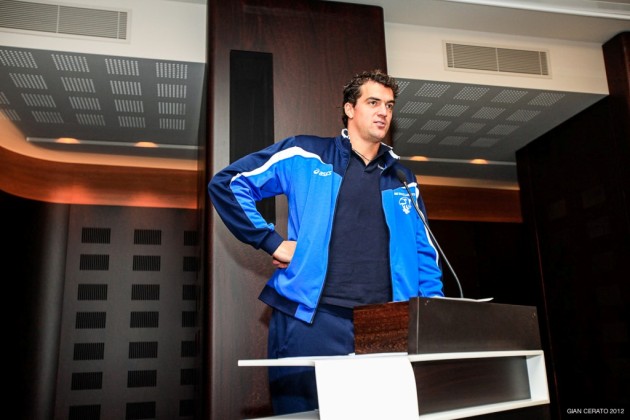 The Italians are making their third consecutive appearance in Europe’s most elitist competition and will start their campaign via an away match scheduled for October 23, i.e. next Tuesday, against Romania’s Remat ZALAU. The first home match is scheduled for October 31, as CUNEO will be hosting France’s Arago de SETE. The League Round will continue on November 14 as Bre Banca Lannutti takes up the challenge brought by Poland’s Asseco Resovia RZESZOW.

“Our first goal in the CEV Volleyball Champions League” says head coach Roberto Piazza “is to make it to the Final Four. We know it will be a very difficult and long way, but we also know we have all the credentials and the capability to arrive there, because we are working hard”.

“Our club has never claimed the Champions League and it is surely a further reason to do our best” adds team captain Wout Wijsmans (pictured). “However in these years the level of the competition has become higher and higher, so it’s more and more difficult for us too to make it to the top, but Bre Banca Lannutti is a strong team and I’m sure we can do well, surely we’ll do our best. Similarly to any other task, it takes a little luck, but if we give it all, we can go for the maximum result”.

“This year, like in the past couple of seasons, we’ll have to give it all” stresses Serbian setter Nikola Grbic. “I know we are at the same level of all the best teams. The CEV Volleyball Champions League is one of the most fascinating races on the international Volleyball scene and it involves all the best European teams. I think it is the most important competition of the season, especially for a club like Cuneo that has never won the Champions League. That is a further incentive to do our best”.

“It’s a pleasure for me to present our next adventure in the CEV Volleyball Champions League today” states the General Manager of Piemonte Volley Marco Pistolesi. “I think it is one of the most important and prestigious competitions in the world, a beautiful event where there are no weak teams. It is also a good opportunity to demonstrate the competitiveness of the Italian national league”.