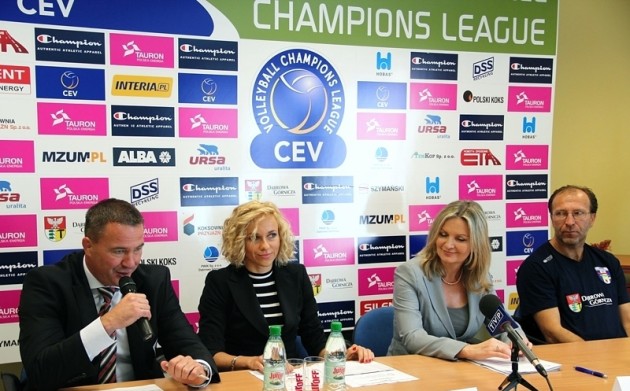 Even though a good performance in Poland’s domestic competitions remains the main priority for the club and its sponsor Tauron Polska Energia, still the European campaign is also a matter of honor and prestige.

Tauron MKS was assigned by the DOL to a very difficult Pool including Azerrail BAKU, DRESDNER SC and Eczacibasi VitrA ISTANBUL. Turkey’s standout will be the first opponent for the Polish team next Wednesday, October 24. “We have got very tough opponents in our group and especially the potential of Azerrail and Eczacibasi is huge. They have a lot of stellar players included in their rosters and they will be in contention for the final win” says head coach Waldemar Kawka. Three years ago Tauron MKS participated in the Champions League and finished third in its group after losing to Scavolini PESARO and Vakifbank ISTANBUL. Still the team was promoted to the Playoffs 12 as third-ranked team with the best score. “Even though we are not the favorites in the Pool, we still want to go beyond the League Round” adds Kawka.

Tauron has a perfect record in the national league having claimed the two matches played so far. “We first focus on our next game with last year’s champion Atom Trefl SOPOT and after that we will be preparing for our clash with Eczacibasi” concludes the Polish mentor.