Korea win a thrilling five-set match against Thailand,at the 2012 Asian Youth Girls’ Championship. Korea will face titleholders Japan in semi-final. This and other volleyball news read on Worldofvolley.com. 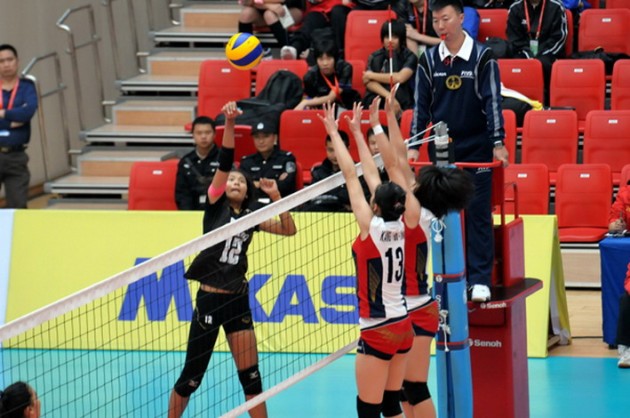 Thailand had the edge in attacks as they surged to an early lead at the first technical timeout. Korea on the other hand displayed dismal defence that only allowed the opponents to mount a commanding advantage. S. Patcharaporn ensured an easy opening set for Thailand.

In the next set, Lee Yelim and Kang Sohwi combined their efforts and fuelled a strong left side for the Koreans. They later emerged with a strong defensive game that dragged to a close race at the second technical timeout. Korea inched their way to a successful second set with a tight blocking stance through Jeong Yuli and Choi Soyeon’s efforts.

Korea’s net defence prevailed in the third set and forced errors upon their opponents but the same consistent effort was not seen in the fourth. The Korean side looked disorganised, lagging in their reaction time to respond to attacks. Thailand maximised this opportunity and looked to the unstoppable backline kills of C. Jiraporn to extend the match to a decider.

A tight race at the final set ensued with the exchange of points. Thailand has the advantage in powerful attacks, but Korea sustained a remarkable defensive stance. The Thai hitters varied their attacks to delicate drop spikes in attempts to render the opponents off-track in defence. Korea later regrouped with Lee Yelim persisting in her blocks. Lee Hanbi and Kang Sohwi initiated quick yet precise attacks until Korea pulled away with the final set.

Korea will face titleholders Japan in their semi-final showdown on Friday, October 19.