China routed India in three sets to book a ticket to the semifinal round of the 9th Asian Youth Girls’ Championship. Read latest volleyball news on Worldofvolley.com. 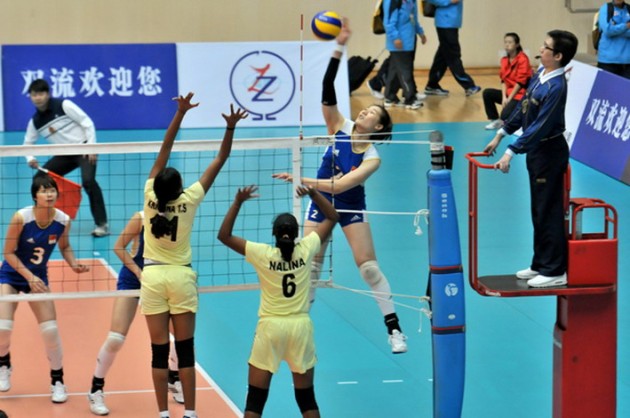 China exhibited their dominance in offense in only 49 minutes of play. Wang Yunlu proved her might from the left side. Yuan Xinyue’s presence at the Chinese frontline was enough to intimidate the opponents, as she guarded the net with her 199cm stance.

The Indian side was not ready to respond to any kind of attack being launched from the opposite court. They likewise lacked the power and the skill that would catapult them into an effective offensive plan.  Most of the points they accumulated were based on China’s errors. Although, the Indian girls were successful in charting two service aces.

The Chinese players, on the other hand, had a field day from the service area. They scored a total of 23 aces. Captain Sun Haiping scored seven points off her serves, while Hu Mingyuan and Ju Wanrong also share credit with China’s service spectacle.

China will face Chinese Taipei in the 1800h semi-final match on Friday, October 19.

INTERVIEW: Morrison for WoV – “I took...