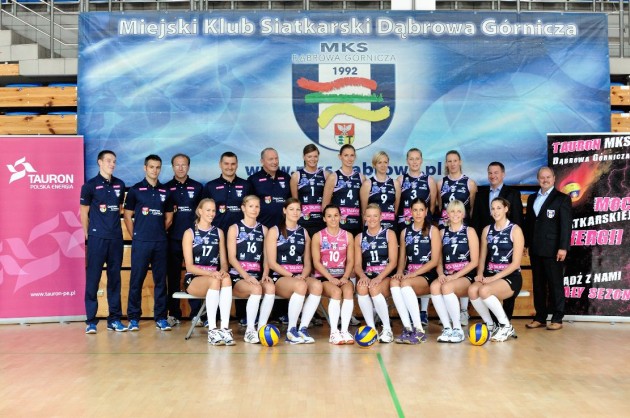 “I have to calm down our fans as I think we’re not in the position to pose any threat to such a star-studded side like Eczacibasi but I can promise that we’ll be fighting for every single point” says Tauron MKS head coach Waldemar Kawka.

Eczacibasi is seen as one of the pretenders for the final crown in this year’s CEV Volleyball Champions League after losing in the Playoffs 12 to their compatriots of Vakifbank in the past season. If Eczacibasi is a regular competitor in Europe’s most elitist Cup, this is only the second appearance of Tauron MKS in the Champions League; back in the 2009/2010 season the side then playing under the name Enion Energia DABROWA GORNICZA eventually advanced to the Playoffs 12.

“This time it will be very difficult for us since only the first and second ranked teams will make it there. We shall take this adventure match by match and we got the right boost of confidence before taking on Eczacibasi as we did not suffer any defeat in the national league” adds Kawka.

Eczacibasi is a dominant force in Turkey as the club has claimed the national league last year and the Supercup only last week to open the domestic season. Their roster includes Russian star Lioubov Shashkova, Turkey’s heroine Neslihan Darnel plus a couple of great Croatian players, namely Maja Poljak and Senna Usic Jogunica. The rest of the group is composed by young but talented Turkish players, all placed under the guidance of head coach Lorenzo Micelli.